At the races     Owners Area

One last opportunity exists to get involved with this exciting and progressive sprinter.

A single 2.5% Ownership Share is available for £4,495 followed by monthly payments of £105 for Training/UK Racing Fees.

Please note – the syndicate members recently turned down an offer of £250,000 to buy Musicality.

The cost of purchasing ownership is only payable once (upon joining the syndicate) and in accordance with our terms will entitle you to a share of prize money and any future sale proceeds.

Training costs include training, farrier, veterinary fees, transport & UK Racing Costs*, owners’ /entry badge*, no additional payment will be required. The current syndicate term runs until 31st October 2021 and subject to the wishes of the syndicate members, can be renewed for successive twelve month periods. *Terms and conditions apply.

Roger Varian, his Newmarket-based handler has had several Biddestone horses and all of them have won races. Musicality is an unusual horse in that he shows very little in his home work but comes alive when he goes racing.

He made his racecourse debut over 6 furlongs in June 2020 finishing a brave second behind a well-touted favourite who has since followed up under a penalty and is now rated 97. Musicality himself then followed up winning a Leicester novice over 5 furlongs comfortably by 3 1/2 lengths, going away at the finish and in a time that dipped below standard. In his third outing (and his handicap debut) he finished second, 2 3/4 lengths behind a well handicapped horse who has since been raised to a mark of 95. Musicality was well clear of third-placed horse.

His finest hour in his short career to date was on soft ground at Newmarket where he sprouted wings in the final furlong to win cosily, beating a Godolphin hotpot into second. The handicapper was clearly impressed giving him an official handicap mark of 94. He is clearly progressive and we look forward to seeing him progress through the ranks.

Musicality is a correct gelding who comes from a family that has produced many high-class two-year-olds and Group 1 winners.  He is a very attractive and athletic individual, with a good walk and great presence.  He is by the prolific Group 1 sire and Champion Sprinter Kyllachy, out of a mare who has produced a perfect seven useful winners from seven runners.  This colt is also bred on exactly the same cross as his sire’s leading performer and multiple Group 1 winner Sole Power, who is also out of a Distant View mare.  Purchased at the prestigious Book 2 Yearling Sale at Tattersalls in Newmarket, he vetted very well at the sale, with clean x-rays and a good scope.

His Sire: KYLLACHY was a Champion Sprinter and has been a leading stallion since retiring to stud, regularly siring over 100 individual winners in a season.  A son of the high-class stallion Pivotal, Kyllachy’s first Group victory came in the Group 3 Palace House Stakes, before going on to take the Group 2 Temple Stakes by 4 lengths. His most notable success, which saw him confirmed as Champion Sprinter, came in the in the Group 1 Nunthorpe Stakes.  His best performer has been the multiple Group 1 winner, Sole Power, who like his sire also won the Group 1 Nunthorpe Stakes (on two occasions). Kyllachy has also sired the Group 1 winners Twilight Son and Krypton Factor, as well as the tough and durable Group 2 winners Penitent, Arabian Gleam, Tariq, Dragon Pulse and Stepper Point as well as last year’s Group 2 Queen Mary Stakes winner Heartache at Royal Ascot.

His Dam: ALLEGRO VIVA has proven herself a high-class mare with a perfect record of five winners from five runners.  This is an impressive record for any broodmare, but even better is that she has produced the high-class Group 2 winner Canticum, the 10-time winner Uphold (prize money of £89,239) and these five useful winners all had high RPR ratings of 86, 88, 89, 91, 93, 99 and 111!  Allegro Viva is also bred in the purple, being a full-sister to the Gr.1 Dewhurst Stakes winner Distant Music and to the dam of the Gr.1-winning sprinter African Rose. 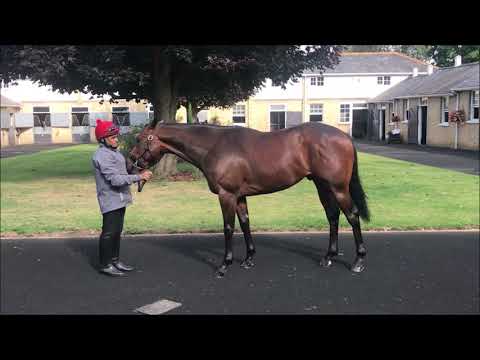 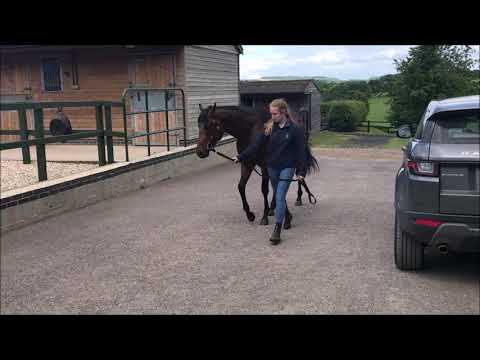 For the opportunity to see Biddestone Racing race horses in action, come along to one of our viewing mornings. They are FREE and very informative.